If we accept the premise that God gives oracles to men, we must take the next step and conclude that these oracles must be communicated in a way that man will understand. It can hardly be considered an oracle if it is communicated in a completely cryptic way. For example, if everyone on the planet spoke English, but God gave an oracle in Spanish, and there was no way to translate the message from Spanish to English, then this could not be considered divine revelation, for nothing in the Spanish message could be discerned by the English-speakers. It could definitely be considered divine speaking, for it was God speaking in Spanish, but since there was no receiver of the message, nothing was revealed and there was no actual communication between God and man.

If we accept this basic understanding of divine revelation, that God speaks oracles using language that the recipients understand, we can proceed to examine the flow of the message from God to man. There are two fundamental ways:

If God reveals a truth to a select audience, then the following can be presumed:

We have then two models of the transmission of divine revelation, both of which can be diagrammed to aid our understanding.

Diagram 1: God Speaks A Truth To All Men 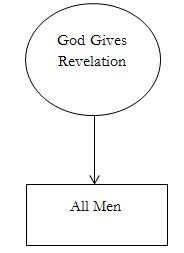 Diagram 2: God Speaks A Truth To Some Men

So we see that in regards to divinely revealed truths, God either speaks to all or He speaks to some. No matter who He speaks to, if He wants His message understood, He will ensure that the recipients can understand it. If God chooses to only speak to some, but He wants His message to go beyond the receiving audience, the responsibility is on the recipients to share God’s message with others.

It is important to note that the model of communication God chooses to use could vary for each revealed truth. In some instances God might choose to give all men a message, and in other instances He might choose to give some men a message. The next installment of this series will examine how Christians believe God speaks to men, using each of these two models just discussed.